"And Great Stiirhad awoke. He raised his club of fire and smote the land surrounding him. The land bowed to his will and called him Lord. The Great Stiirhad accepted their fealty and slept. His sleeping form provided shade to his new children and the rain ran down him and nourished the fields. At times, one of his children would awaken him from his long slumber and he would lash out with his fiery club again."

From the bowels of Great Stiirhad arose the under-dwellers. The black lands about the slumbering giant became hosts to towering fortresses that housed the tainted fey. A new kingdom arose, vile in its existence and a threat to the mighty Ahgramun and Mordebi.

And Ahgramun sent its mighty chariots and lancers. The swords of Mordebi joined in the march. The voices of their legion sang of impending victories as they journeyed south. A common cause united them where their common ancestry had failed.

The children of Stiirhad, once content to live within his shadow, rose up. Their gentle rolling faces became jagged and rocky crags. Each pushed higher in hopes of eclipsing their siblings and gained the favor of Great Stiirhad. However, their actions only brought anger and pushed them further from their protectors.

Great Stiirhad turned his back on his children. No longer would the gentle rain make its way along his form and continue to the north and east, providing life to the land. Instead, the land dried and died, leaving brown husks and ruins where life once thrived. Even the soil deserted the shadow of Stiirhad, choosing instead to follow the wind on its journey even farther to the east.

"Mount Stiirhad ah, yes. Rivers of lava flowed in canyons beneath cities we carved from the living mountain. We watched our enemie's assaults upon us and laughed as they died and joined the ash in the air. We will beat back the Elementals, and return to our rightful home."

"My family fled Mount Stiirhad as the Elementals filled the halls with lava my father guarded our retreat. As we crossed the last threshold, I saw a towering beast of fire and lighting strike him down. It took many days of walking across the sand of Liath for us to reach this stinking outpost of humans. My mother waited until we reached safety before she took her own life in shame." 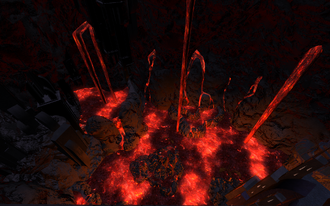 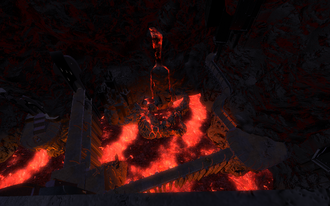 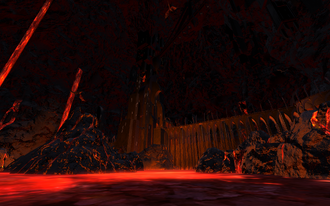 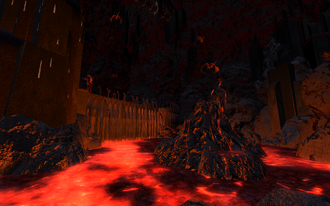 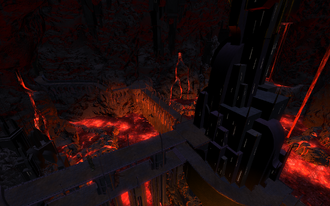 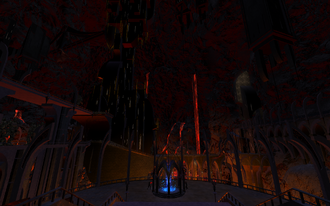 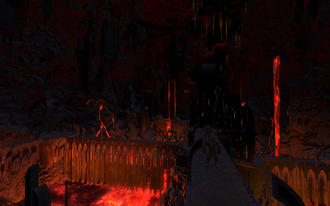 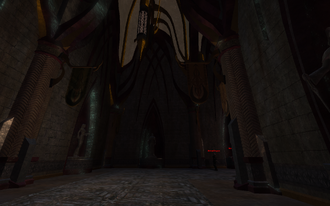 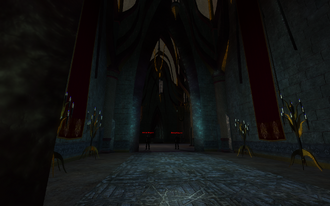 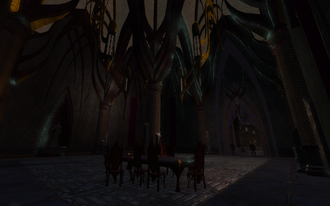 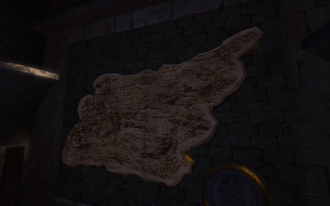 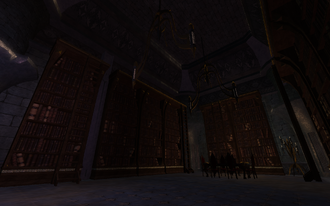 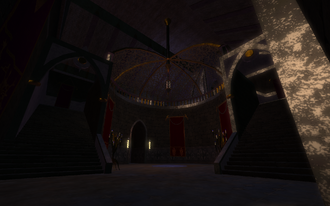 Inside Stirhaad
Add a photo to this gallery

Stiirhad is not fully implemented into Vanguard yet. Much of the dungeon can be explored, but it's not populated or itemized. It appears likely it will be a raid dungeon once completed.

From Vanguard Saga of Heroes, a Wikia wiki.
Retrieved from "https://vanguard.fandom.com/wiki/Stiirhad?oldid=32482"
Community content is available under CC-BY-SA unless otherwise noted.