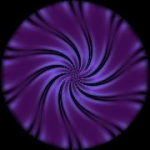 Not much to tell.  Played back in 2007-2008, then picked up VG again when it became F2P and decided to resub.  Despite the bugs,crashes, broken quests and whatnot, I love the game.  I do have a wish list that would make life so much easier:

Those are off the top of my head.  The fun things the game has (like the Bag of Wonders or Mercenary Contract) make up for the pitfalls, but at the same time, some of these would make gameplay much more enticing and I think we'd see more players sticking around.  I don't get much play time and it irks me to have to spend 30 minutes organizing my bags after a good session of diplo or crafting.  If my spoils would easily transfer to the bank, well, that would just be fabulous.

Even with the quirks, I enjoy the game.  If the glitchy bits were fixed, and usability a bit more friendly, this game would knock my socks off.  The classes are just amazing and no one class seems broken or particularly weak.  Some start out struggling (rogue) where others are dynamite right out of the gate (blood mage).  By level 20 every class is pretty well rounded.  Tank classes may have more trouble soloing than a necromancer, for instance, but a group can't survive the big fights without a tank.

Retrieved from "https://vanguard.fandom.com/wiki/User:Trippet?oldid=25050"
Community content is available under CC-BY-SA unless otherwise noted.