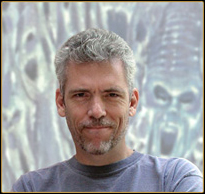 We hit on this a bit during last month’s wikia blog post, but we wanted to let you know that we DO have confirmation that we’ll be allowed to do a Keith Parkinson tribute on the Vanguard wikia. An official representative of Keith responded to our request and said “yes!”

So what does this mean? Over the next month we’ll be working on the specifics of how this tribute will work and get approvals from the SOE teams as well as Mr. Parkinson’s representatives. This of course will also be duplicated on the EverQuest wikia since his artwork touched both games. As we know more we’ll share that with you. And thanks again for the suggestion!

Retrieved from "https://vanguard.fandom.com/wiki/User_blog:Yaviey/Keith_Parkinson_Tribute_Coming_Soon?oldid=42501"
Community content is available under CC-BY-SA unless otherwise noted.